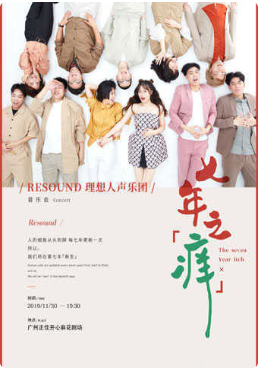 A cappella (Italian for "in the manner of the chapel") music is group or solo singing without instrumental accompaniment, or a piece intended to be performed in this way. The term "a cappella" was originally intended to differentiate between Renaissance polyphony and Baroque concertato style. In the 19th century, a renewed interest in Renaissance polyphony coupled with an ignorance of the fact that vocal parts were often doubled by instrumentalists led to the term coming to mean unaccompanied vocal music. The term is also used, albeit rarely, as a synonym for alla breve.

A cappella music was originally used in religious music, especially church music as well as anasheed and zemirot. Gregorian chant is an example of a cappella singing, as is the majority of secular vocal music from the Renaissance. The polyphony of Christian a cappella music began to develop in Europe around the late 15th century AD, with compositions by Josquin des Prez. The early a cappella polyphonies may have had an accompanying instrument, although this instrument would merely double the singers' parts and was not independent.

A cappella has been used as the sole orchestration for original works of musical theatre that have had commercial runs Off-Broadway (theatres in New York City with 99 to 500 seats) only four times. The first was Avenue X which opened on 28 January 1994 and ran for 77 performances. It was produced by Playwrights Horizons with book by John Jiler, music and lyrics by Ray Leslee. The musical style of the show's score was primarily Doo-Wop as the plot revolved around Doo-Wop group singers of the 1960s. 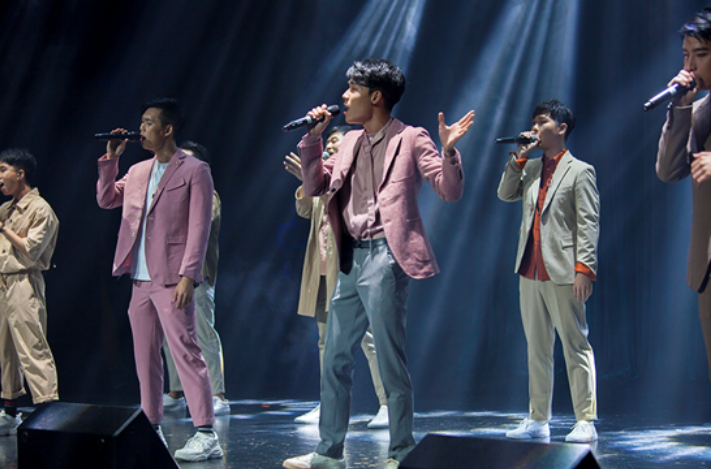 In 2001, The Kinsey Sicks, produced and starred in the critically acclaimed off-Broadway hit, "DRAGAPELLA! Starring the Kinsey Sicks" at New York's legendary Studio 54. That production received a nomination for a Lucille Lortel award as Best Musical and a Drama Desk nomination for Best Lyrics. It was directed by Glenn Casale with original music and lyrics by Ben Schatz. 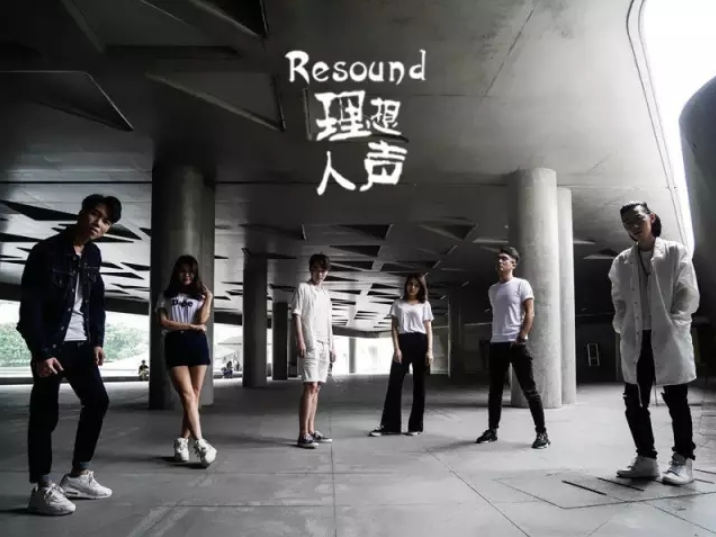 The fourth a cappella musical to appear Off-Broadway, In Transit, premiered 5 October 2010 and was produced by Primary Stages with book, music, and lyrics by Kristen Anderson-Lopez, James-Allen Ford, Russ Kaplan, and Sara Wordsworth. Set primarily in the New York City subway system its score features an eclectic mix of musical genres (including jazz, hip hop, Latin, rock, and country).
In addition to singing words, some a cappella singers also emulate instrumentation by reproducing instrumental sounds with their vocal cords and mouth, often pitched using specialised pitch pipes. One of the earliest 20th century practitioners of this method were The Mills Brothers whose early recordings of the 1930s clearly stated on the label that all instrumentation was done vocally.

1. RESOUND ideal vocal AkaBella Popular concert Guangzhou Station tickets hot pre-sale, want to buy as soon possible.
2. In order to ensure the smooth ticket collection, please fill in the real name, mobile phone number and other relevant information when booking the ticket.
3. Dahe Ticketing Network provides you with regular ticket reservation service. In view of the speciality and timeliness of the performance tickets, it will not be returned after the ticket is issued due to force majeure, and there is no reason to return after the sale.
4. In order to avoid express delivery, it can't be delivered in time. If the performance is less than 3 days from the opening time, please do not provide [Express Delivery] service, please understand.
5. The content, time, place and fare of the performance will be subject to final ticket issue. We will notify you if there is any change.
6. The content of the performance is for reference only, the specific information is subject to the scene.
7. One person, one vote, the child enters the ticket by ticket.
8. WeChat order: pay attention to Guan Wei [Dahe Ticketing Network] (WeChat ID: dhpiaowu), reply to the show keyword mobile phone ticket purchase.